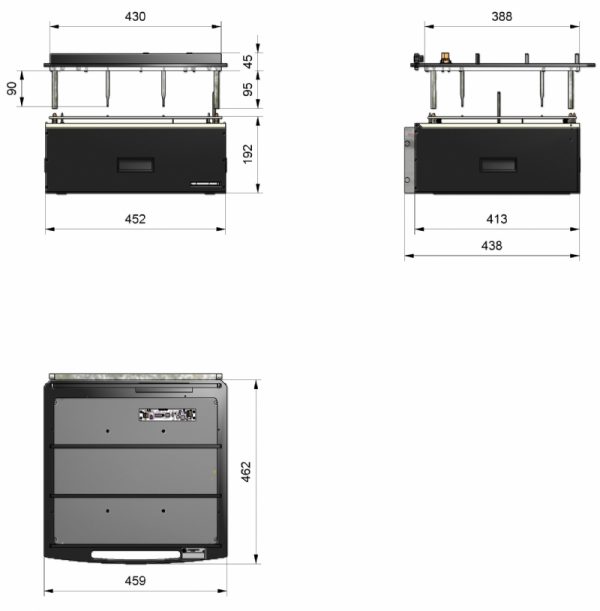 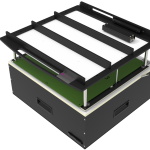 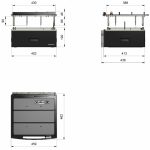 Fixture Kit for Platforms featuring receiver Virginia Panel 9025 and external pusher system. Its heavy duty design supports more than 1.000N.nnThe fixture kit includes the Base fixture (probe plate) as well as the Puhsers plate. The Stopper detection kit, including DUT IN POSITION sensor as well as pneumatic actuator to stop PCB, is included.nnCustomization as well as maintenance tasks will be easy thanks to quick system to open and access inside the enclosure, where there’s enough space to lodge FCT devices. There are also holes for direct assembly of up to 8 Form E or Form F YAV modules.nnThe fixture base, as well as the pushers plate, are featuring the CAN bus controlled module YAVCANCON2, that will work as probes cycle-counter and test cycle start trigger, as well as for pusher plate + probe plate matching system, so that the automatic pusher system will only operate if they are correct. In addition, the test executive software will be selected automatically, and the conveyors of the In-Line Handler will do width adjustment automatically.